Complete the form below to schedule a time

HGH – Human Growth Hormone Therapy – What is it? 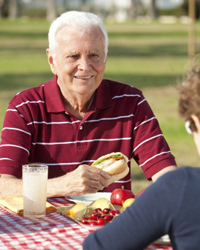 HGH, or human growth hormone, is a polypeptide natural hormone excreted by the pituitary gland that is responsible for fueling growth and maintaining tissue and organs throughout the body. As we age, the amount of human growth hormone released by the pituitary gland begins to decrease, causing tissue degeneration and other issues related to aging. However, even though the deficiency often takes place in later years, growth hormone deficiency can occur at any age. In children, an HGH deficiency will present with slow growth rate and a short stature, and in adults, the problems manifest in three ways: body composition differences, fat accumulation and cholesterol changes, as well as psychological degeneration in the form of memory loss and fatigue.